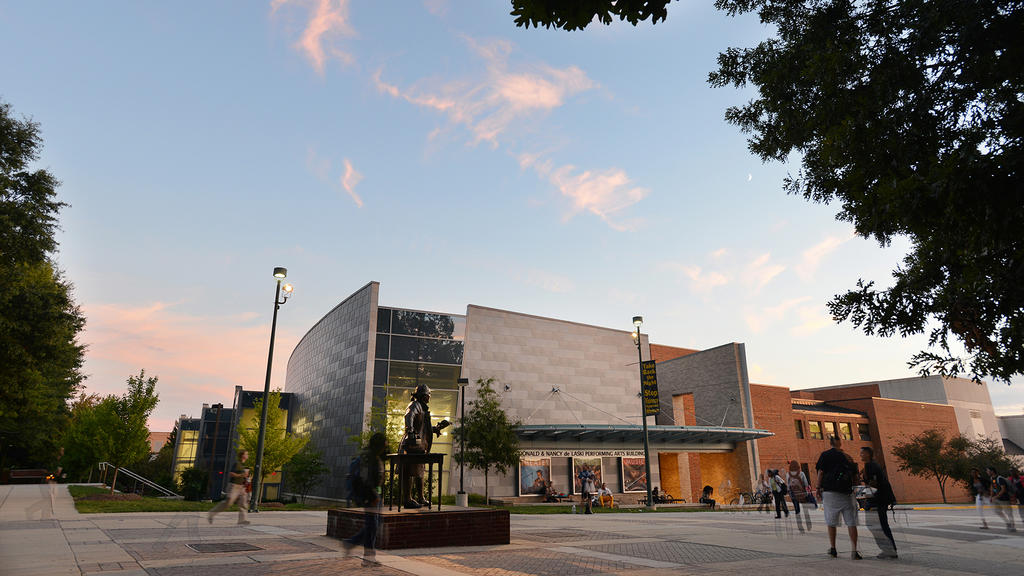 SUPPORT THE SCHOOL OF THEATER

Every semester, artists at the top of their field are on our stages, in our classrooms, and working with our students.

Mason's Center for the Arts brings world-renowned performing artists to stages on our campuses every year and provides free tickets to students. Many of these same artists come into our classrooms to share their expertise.

In 2012, The School of Theater launched the PART program, bringing professional artists of all theatrical disciplines to Theater at Mason to teach, mentor, and work with our students. The guest artists frequently stay for a few days, a week, or a semester to teach and mentor students in their craft in an acting, directing, or technical role, offering master classes, workshops, special events, and courses that fulfill the requirements for Theater majors.

Generous donors help make the PART program possible. For information on sponsoring the this program, please contact the CVPA development office or call 703-993-1593.

She was fully a guide for how to do things. It started with research. I would come up with ideas, and I would refine them and bring them back to her. Now I know what to do in any design process in all fields of theater.